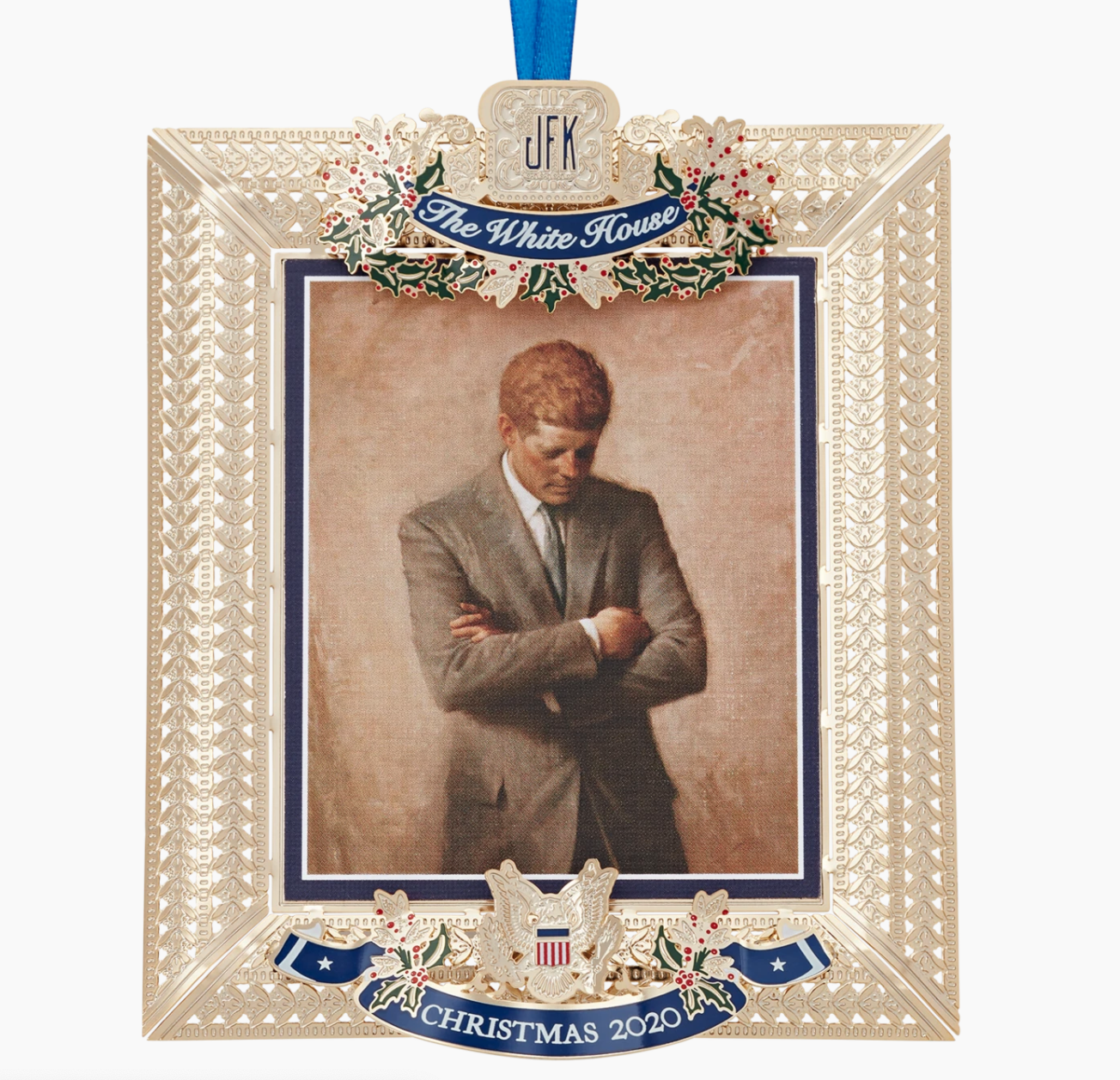 This ornament honors John F. Kennedy, the thirty-fifth president of the United States. Before his presidency was cut short by an assassin’s bullet, he had reinvigorated the American spirit. His legacy lives on in his youthful belief in America and his faith in America’s responsibilities to the world. With this ornament we remember President Kennedy through his posthumous official White House portrait, made in 1970 by Aaron Shikler. The portrait, symbolic of his unfinished presidency, hangs in the White House today.

Save this product for later